Writing can take a lot out of you. If you’re putting in two to four hours of first draft copy each day in the midst of everyday life or a full-time job, then interacting with fans on social media for 30 minutes may feel like genuine torture. So many authors dread responding to emails and spending their time on Twitter that they fail to forge deeper connections with their fans. Over time, the writers who make a concerted effort to bond are the ones who come out on top.

Fortunately for the social media-phobes out there, Twitter, Pinterest, and Facebook are not the only ways you can reach out to fans. You can also make connections using the practice of micropublishing. In a post on her blog, publisher Jane Friedman said that authors can stop thinking of social media like work if they see it more as a form of publishing. This is one heck of a mindset change for authors who’d rather be creating than interacting. When you can combine both together, you’ll be able to find creative fulfillment in your connections. Here are six ways you can use this concept to becoming a marketing artist:

As attention spans grow shorter, new readers are on the lookout for content that takes less time to read. Some authors have taken up the challenge by providing their readers with serialized stories. Serials actually have a long history, and several novels written by Charles Dickens were actually first written as newspaper serials. Creating serialized stories for your readers gives you a chance to be both old-school and new-school while catering to your fans desires for more content.

Develop a short story or a novella that you break down into a series of parts. Use an email autoresponder sequence to deliver the story to your readers. You can also promote the tale as an incentive for fans to sign up to your email list in the first place. If you haven’t been able to think of what to email your readers, then a serialized story may help you fill that gap by doing what you do best.

If you were active on social media before you became an author, then you may have been perturbed by the large number of friend requests and follows that bombarded your account. Writers in this situation may find themselves in an uneasy place in which they’re connecting with friends, fans, and strangers all at the same time. One of the best ways to deal with this situation is to treat all of your followers like friends. Actor Vin Diesel is one of the best social media users in the world. He brilliantly grew his Facebook following over the last decade by giving fans what they wanted. Diesel posts on the platform several days a week, but every single status update is accompanied by a picture or a video. You don’t need to read any studies to know that posts with either pictures or videos tend to get way more attention than ones with nothing but text. Diesel took this to the extreme, and now has thousands of posts accompanied by visual aids. Being a movie star didn’t hurt Diesel’s ascendance to 89 million followers, but using Facebook to share daily thoughts, questions, and pics certainly didn’t hurt matters.

Connect personally with your fans by sharing a daily picture or video. You can make the posts part of a similar theme. Perhaps you want to take a picture of the final word you write that day or a video of your first thoughts after you finish your writing tasks. Whatever you decide to make the content about, ensure that it’s consistent. There’s nothing a fan hates more than being taken out of their routine of adoration. 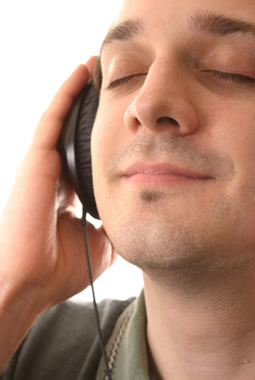 One of the best parts of a Blu-Ray is the audio commentary made by the director. Big fans of the movie watch the film with this track enabled to get all sorts of extra tidbits about what happened behind-the-scenes. You can do the exact same thing with your writing.

Create a walking podcast in which you walk and talk about things the average writer wouldn’t know about your process, characters, and settings. You’d be surprised how many casual readers could be converted to die hard fans by getting a peek behind the curtain. Choose a set number of days per week you want to produce the show, and then create a routine in which you make it happen without fail.

What would happen if two of your fan-favorite characters were alone in an elevator together? You may have never considered that question, but some of your biggest fans have, and they’d love to see it happen. Combining characters and putting them into non-canon situations is a viable way to get your fans excited. You can put these scenarios on your blog or do a reading of the character in an audio or video file.

Give your fans some control over the characters they see by setting up a poll in your next scheduled email. Sometimes, you won’t know what your fans want until they tell you!

When you build up a local community of fans, it can be very rewarding to meet up with them. Then again, if you’re pressed for time, you may not want to bother with the dozens of questions and multiple rounds of drinks. One potential solution to this problem is to have your fans join you in a write-in. A write-in is a meet-up in which multiple writers bring their computers or pads of paper and agree to write for a certain amount of time.

Not all of your fans will be writers, but those who are would pay top dollar to craft their first novel alongside you. Pick a quiet location and schedule a set time. If it all pans out, then you’ll be able to interact with fans and write at the exact same time.

Technology makes it easier to connect with people than ever. Using Skype or Google Plus Hangouts, it’s a synch to finish all your fan interaction in a single hour a week. Tell your readers that you’ll be available for one hour to answer questions and chat about the latest in pop culture. On weeks where you’re pressed for time, make sure that fans understand this’ll be the only way they can interact with you. Beyond simply cutting down on the number of hours you spend chatting; you may make some unexpectedly deep connections with your readers.

Marketing is creative because you can adapt it to fit anything you like to do. Decide what it is you’d like to do more of, and then change it around so it includes your fans. Turning your marketing into micropublishing lets you connect with more fans in a shorter period of time. All the while, you’ll get to enjoy what you do. Imagine that. You can sell more books and have fun while doing it. What a concept.